Welcome to The University Of Sheffield Korfball Club

Korfball at the University of Sheffield, is an inclusive, non-contact sport open to any student who wants to get involved and try something new. The club is fun and welcoming, always open to new members with no previous experience needed! Korfball is a fun, fast, mixed gender sport. Originating in the Netherlands, the aim of the aim is to shoot a ball through a korf (basket in Dutch), and is often described as a combination of Netball and Basketball

The club has 4 teams, of which 3 compete in BUCS competitions and all teams compete in local leagues and Varsity.

With the vast majority of members being introduced to Korfball for the first time at University, Korfball provides a level playing field for people to compete at a wide range of abilities so everyone is welcome!

Social events are held regularly throughout the year including ROAR Wednesdays, sober socials, tournaments around the country and an annual Tour to the Netherlands during Easter break.

Each team consists of 4 boys and 4 girls on court at any one time with players split into 2 divisions of attack and defense.Every 2 goals scored, the divisions switch so the defensive division becomes the attack and vice versa.

Come along to our stall at the Sport Fair to find out more information, drop an email or Facebook/Instagram message and come along to our free taster sessions held at the start of each semester (See social media for details) No previous experience required so come give Korfball a go! 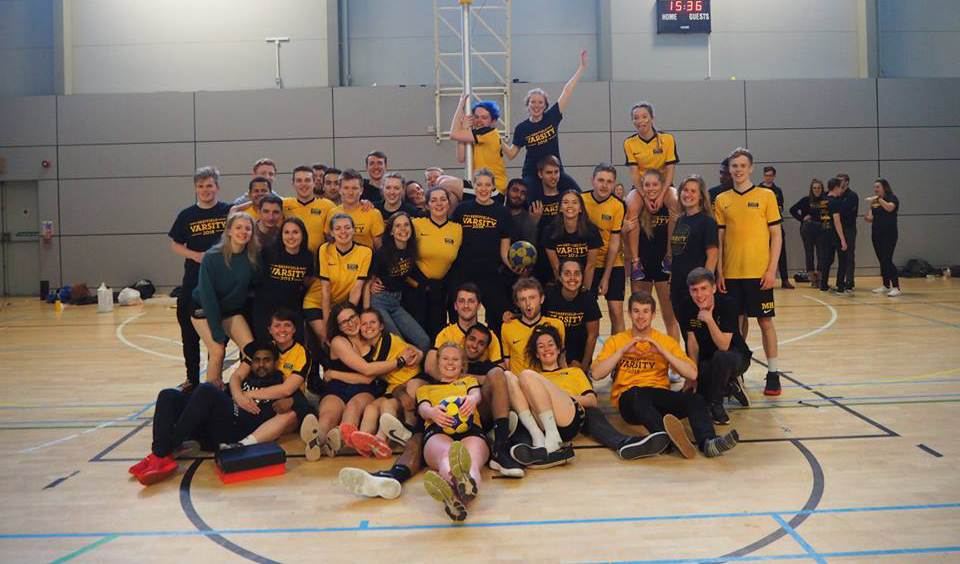 Training days/times will depend on semester. For both semester there will be whole club training and additional league/BUCS team training sessions along with fitness extra sessions