Welcome to The University Of Sheffield Men's Basketball Club

The University of Sheffield Men’s Basketball Club is a well established club with 40 members across three teams, two of which compete against other universities in BUCS leagues. Our third team competes in the Sheffield Basketball League (SBL) against other local teams. We are a welcoming club open to all abilities as we aim to continue developing the club.

Our 1st and 2nd team compete in BUCS Northern 1A and 3B divisions while our 3rd team represent us in the Sheffield local league. As a club we aim to continuously improve our performances on and off the court and play to the best of our abilities as we strive for promotion in our respective leagues.

We also run the Social Basketball program which is open to any students in the university to attend, regardless of playing ability. For those who wish, this is also an opportunity to see players’ suitability to join one of the teams.

We actively hold socials every week, including both themed club sports nights at the SU and sober socials, to involve all players in club activities. We are a welcoming and enjoyable club, which is run in good spirit on and off the court.

Make sure to come to trials at the start of the year as this is the best way to get on to one of the teams! Details of the trials will be available during Freshers well, they will also be posted on our Facebook and Instagram page so make sure to follow us on our social media! If you were unable to make trials then come down to the Social Basketball sessions and let us know that you would be interested in joining one of the teams or message one of the pages or the club captain.

On Court We strive to continue our success and maintain our current position in the leagues for the upcoming years. With our 3rd team improving and creating stability in their league we look to push on and fight for promotion and more importantly get them into BUCS! With Varsity, we want to follow through with recent performances to hopefully come out with two victories! Off Court We aim to improve our fundraising and charitable efforts to put the club in a better position for future years and give back as a club, we also want to improve inclusivity among club members. We look to build on our work in previous years by making connections with other clubs in the university so that we can help one another with running our clubs. 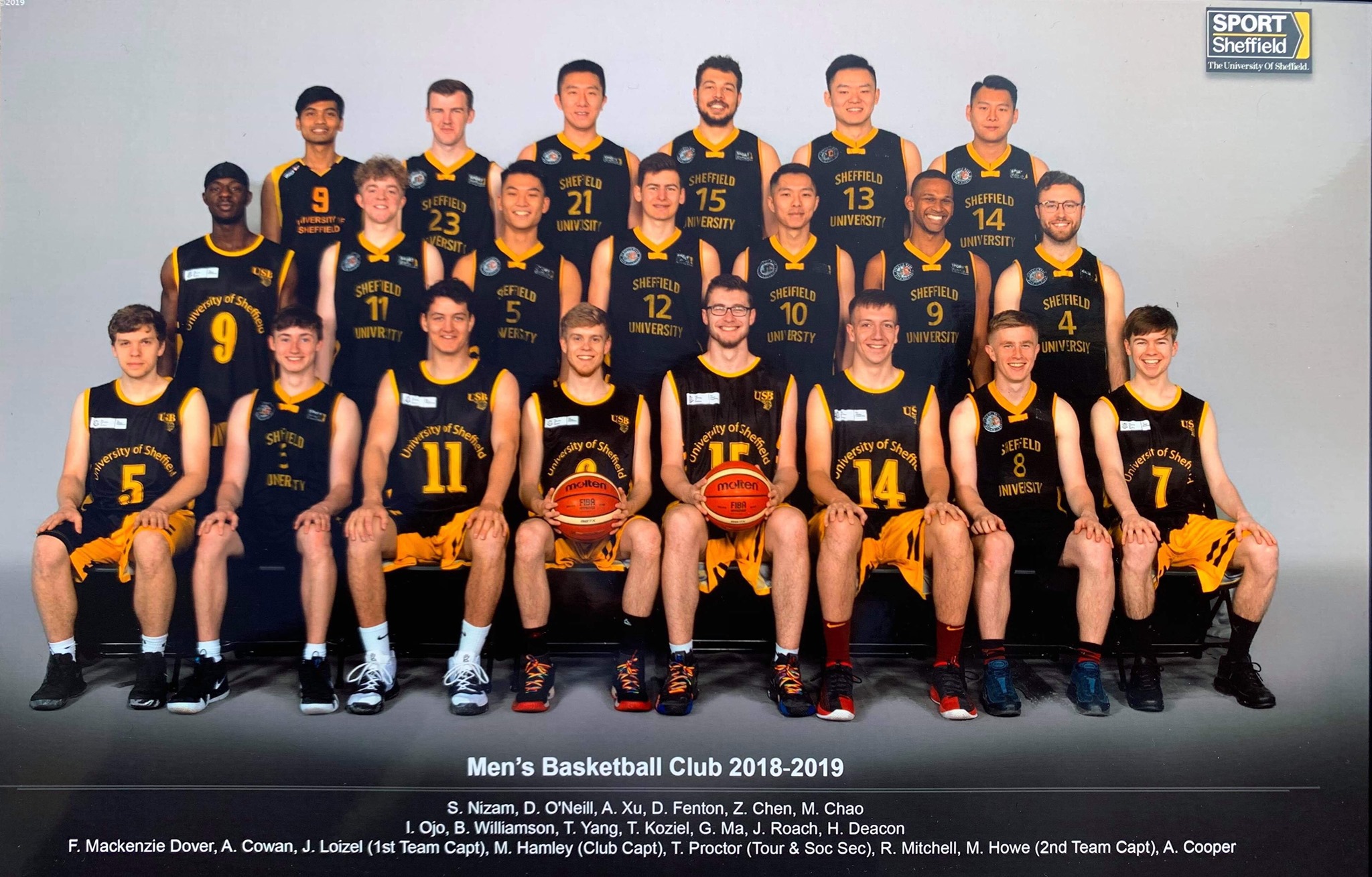 All teams have one dedicated training slot per week. Also, as the 3rd team is closely linked to the Social Basketball program, members of this team are encouraged to regularly attend this session.