Welcome to The University Of Sheffield Men's Rugby Union Football Club The best club in the university, with a fantastic on field record and a great social scene. With 4 fully inclusive teams of all standards, there's a place for everyone.

The past two seasons have been filled with immense success. In the 2017/18 year the 1st XV won the BUCS national trophy and secured promotion into the North B league after a winning league campaign. This success was followed with a 2018/19 league finish in 2nd place by one point missing out on back to back promotions.

This year we were also awarded The University of Sheffield’s Club of the Year award in the 2018/19 season. This award is given to he club which not only shows sporting excellence but actively engage with the local community and show a fulfilled commitment to the development and community of sport at Sheffield.

Join our Facebook page and send us a message, or contact our Club Captain for more details.

As a club we always strive to grow and improve in every aspect year on year. We hope to continue to expand and our charity work and help in the community. On the field we will strive to make title challenges across the board and continue our winning ways! 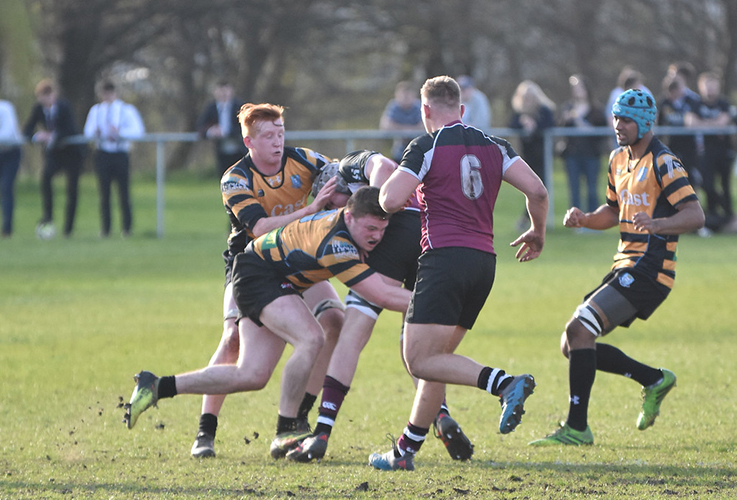 We train twice a week covering everything from basic skill games to in depth structures and set pieces.