Welcome to The University Of Sheffield Volleyball Club

Welcome to Sheffield University Volleyball Club (SUVC). We are an inclusive and friendly club who welcome everyone of any ability. We train and play hard as well as enjoy some down time off the court at our fantastic socials! We now have five competitive teams along side recreational sessions and a development squad. If you think this sounds like the place for you, then read on!

SUVC is a rapidly growing and international club with members from all around the world. We already have two Men's and Women's teams and this year we are introducing a third competitive Men's team. Four of our teams compete in the BUCS league with our new Men's 3rds team competing in the championship in a local division. Our development squad also compete in friendly matches throughout the year against other universities. Each team member receives a minimum of 4 hours training a week led by experienced student coaches in order to refine fundamental techniques and practice tactical competitive play. We are a family on and off the court and so whether you are looking to learn something new or brush up on your competitive skills, our supportive club will be behind you all the way!

However, SUVC is not just in it for the sport, we also offer lots of ways to get involved with fundraising and charity events along with opportunities for volunteering and frequent social events.

So things will look a little different this year and as a result of the current pandemic, we will be holding two sets of try outs for all teams (including the development squad). The first set of trials will be held in early October and the second set in November. There will also be a 'Give it a Go' session late September/ early October, subject to government guidelines.

We are so proud of how much our club has grown over the past few years and the fluidity between the development squad and our competitive teams has been a great achievement for us. This year we are hoping to continue this and aim to increase the competitiveness of our development team as well as increasing their friendly matches between universities. We also aim to maintain our impressive league standings by having every team finish in the top three of their league! Aside from making sure our club expansion of the Men's 3rd's is a smooth transition, we also aim to raise £2000 for our two wonderful charities this year and to host two alumni weekends. 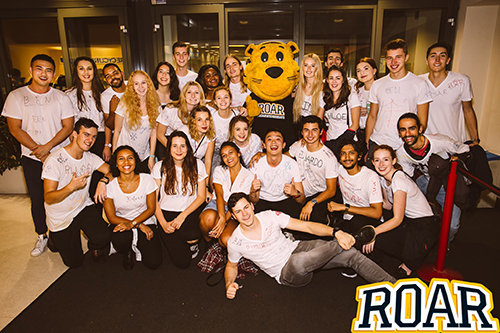 Each competitive team trains three times a week at different locations across the city. The development team train once a week (starting from November this year). Our development team has been running almost three years now and has been very popular and successful in improving players' skills and increasing their chances of progressing into further teams. Due to the current pandemic, we have taken the decision not to run recreational sessions in the first semester but will be looking at reopening these sessions later on in the year (the dates and times are to be confirmed). These sessions are a great way to meet like minded people in a friendly environment and can act as an introduction to volleyball for those who have not played before.

Development Team: Training at Goodwin Sports Centre, 6-8 on Fridays Men's and Women's teams: Training at Kind Edwards on Sundays (The other training times to be confirmed)